You will start with a male character living with his sister, during a special night you met an older woman which becomes your girlfriend. You also have a friend (which you can choose the gender) who is the only person that you really trust. As the story goes on, each of those characters will play a part in your transformation.

This is the first version, which works as demo of what I’m creating. The game will stop when you reach the doctor part (which will be a new character that will also have a part in your transformation).

– Keep in mind that this is an early version and it will improve in the next versions.

– There’s no side quests available in the free version, but there’s two (teacher and gym bully) available for patrons users.

– The game will always be for free but side quests will only be available for patrons since it’s the way I’ve found to thank my supporters. 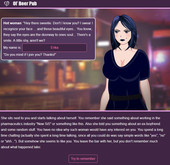 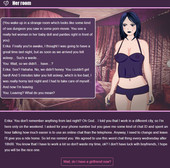