Platform: Windows
Language: English
Censorship: None
Version: Full
Bondage lily 1
Bondage Lily 1, is a sandbox-y bondage “toy” in which you tie up, gag, and play with the eponymous character, Lily.
– The game starts with a brief, funny dialogue scene where Lily talks to you and asks you a few questions, calling you by name. (This can also be skipped at any time by pressing the S key.)
– In the bondage scene, bind and gag Lily as you please, using rope, tape, scarves, etc.
– Literally hundreds of different possible gag combinations! Gags can be as much as 8 layers thick and include a variety of items — experiment!
– Interact with Lily in various other ways, including groping, kissing, spanking, blindfolding and dressing/undressing her.
– Lily “mmph”s, squeals, blushes, and changes facial expressions in response to your actions.


Bondage Lily 2
Bondage Lily 2, like its predecessor, is a sandbox-y bondage “toy” in which you tie up, gag, and play with the eponymous character, Lily. The game starts with a brief, humorous exchange of dialogue with branching choices; then comes the fun stuff.
New features include:
– Changing bondage “styles” allows for greater variety in rope bondage patterns
– OTN tape gags
– Costumes
– Alternate hairstyles
– Socks/stockings
– Harness ballgag
– Orgasms
– Underwear
– Cloth Hoods
– Headscarves
– Other stuff!
And of course, this is all in addition to a new and improved version of the original Bondage Lily’s complex layered gagging system. Including stuffing and hoods, gags can now be as many as ten layers thick. Hot damn! 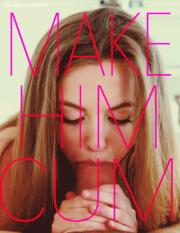